The Problem with "Just Drop the Channels"

Glenn Britt, the CEO of Time Warner Cable, announced his strategy to deal with rising programming costs at the UBS conference on Monday -- simply drop the poorly viewed channels. 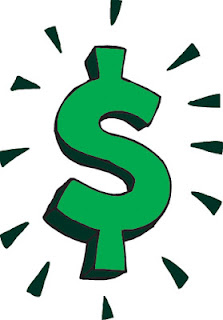 If it were only so easy.

The fact is that the vast majority of the cable operator's programming dollars are going to a handful, or so, of major programming companies which bundle their channels together in one form or another.

CNBC is an interesting, relatively thinly-viewed niche service (how many outside of the 1% are interested in financial news?). However, if Time Warner Cable were to drop CNBC over its costs, it might have a "challenge" getting a favorable renewal on the other channels in the NBC Universal portfolio (to name a few: USA, Syfy, E!, Bravo, Oxygen, Style, NBC Sports Network, The Weather Channel, Golf and regional sports networks in Chicago, New England, Philadelphia and the Bay Area and the NBC and Telemundo affiliates in New York, Los Angeles, Chicago and a handful of other major markets).

ESPN Classic is an interesting, relatively thinly-viewed niche service (how many outside of serious, older sports fans are interested in replays of events?). However, if Time Warner Cable were to drop ESPN Classic over its costs, it might have a "challenge" getting a favorable renewal on the other channels in the ESPN/Disney portfolio (to name a few: Disney Channel, ESPN, ABC Family, ESPN2, Disney XD, Disney Jr., ESPN U, ESPN News and the ABC affiliates in New York, Los Angeles, Chicago and a handful of other major markets).

Fox Soccer Channel is an interesting, relatively thinly-viewed niche service (how many soccer fans are there in the US?). However, if Time Warner Cable were to drop Fox Soccer Channel over its costs, it might have a "challenge" getting a favorable renewal on the other channels in the Fox portfolio (to name a few: Fox News, FX, and regional sports networks in Los Angeles, Detroit and Houston and the Fox affiliates in New York, Los Angeles and Chicago and a few handfuls of other markets).

The sad fact for Time Warner Cable is that there is precious little programming expense with the independent channels that can be dropped without having an impact on the deal for another channel, a fact of which I am 100% certain he is aware. I should note that Time Warner Cable recently agreed to a deal to carry the NFL Network, so clearly that's not (a) part of the problem that Glenn Britt is describing or (b) leaving TWC anytime soon.

The ecosystem of programming is paid for by fees paid by the distributor (what the cable networks call license fees) and fees paid by advertisers (advertising, naturally). It seems only logical that the way for the distributors to pay less for programming is if they can help the networks get more money from advertisers. The usual way this is done is by getting a break on the license fee for one channel by agreeing to a broad roll out a new service, but there are other possible options as well (involving shifts of advertising inventory, use of dynamic ad insertion).

Time Warner CEO Jeff Bewkes (Glenn Britt's former boss when TWC was a subsidiary of Time Warner Inc.) noted later at the same conference, the pay-TV system is robust and can take the price hikes: "Other than the concentrated viewing and cost of sports, the rest of the bundle is a better value than ever." The programmers's proposed solution is to raise license fees and add value to the subscription via TV Everywhere. There is a logic to that approach and it is consistent with the higher-fees-more-value history of cable programming. Until the system breaks -- material declines in multichannel penetration would be a symptom -- it is hard to imagine the managers changing the playbook.

The lingering question to me is why was Glenn Britt staking out this public position?