Netflix Caching - Competition Breaks Out on a New Front

It is a well worn principle of management that if you want a problem to be addressed, start measuring it. When Netflix started its ISP rankings (see the current one here) it looks like they were following this advice. Once there was a measurement of which ISPs were doing the best job serving video to Netflix customers it would help define the goal (both for Netflix and for the ISPs). 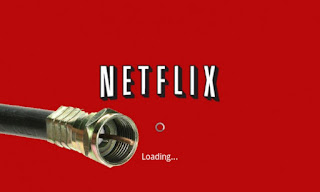 An article today by Steve Donohue in Fierce Cable shows the business ramification of these rankings. Donohue notes that Netflix caching has emerged as a subscriber retention and acquisition tool, notably between Cablevision and Verizon FiOS in the New York metropolitan area. This is how it should be. Because cable operators are, by and large, not involved in acquiring content for their ISP customers, that certainly does not mean that content is unrelated to the reasons that a subscriber signs up for service or the experience that he or she enjoys. Video streaming -- in the forms of Netflix, YouTube, Hulu, and porn, not necessarily in that order -- are likely the biggest drivers for the sale of higher speed levels of Internet service by cable operators and telcos. To some extent, video streaming may be the only driver of the consumer's need for speed.

And the need for speed only increases as the technical quality of the content improves. There are already plans underway for 4K/Ultra HD episodes of Netflix's fine original series House of Cards. 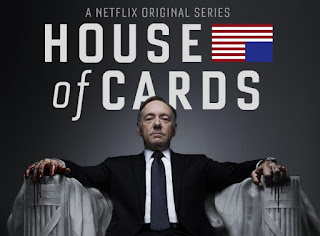 Today, as part of the springtime-in-New-York TV upfronts, Time Warner's Turner Broadcasting announced that it will be live streaming TBS and TNT on a 24/7 basis this summer. This is what TV Everywhere should look like.

There are several great things about a live stream:

Yes, Nielsen measurement of this viewing may not happen instantly. That, however, is solvable and will be solved shortly (if it hasn't been already). Also, the networks themselves will have extremely reliable viewership data about these live streams since they will be serving them, or paying for that serving themselves.

Congratulations to Turner for sorting out the rights issues and getting this done and for ESPN's spade work on WatchESPN. Live TV viewing is a perfect package of content and advertising. It is a package in which advertisers have supported great content for decades. On-demand is wonderful for users, but the role of advertising in it is much trickier and, advertiser support of it has lagged. It would seem that the television industry is well-served creating new, more convenient ways to watch live television and that's just what TBS and TNT have done here.
Posted by Peter Litman at 6:25 PM 0 comments

According to its CFO, Verizon FiOS has hit 50% penetration to home passed in the first market in which it launched, Dallas. While there is nothing magical about 50% penetration per se, it is a notable benchmark that could presage a substantial change in the multichannel television market. 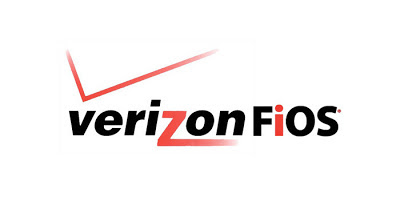 It is a well-understood phenomenon that a market-leader can, and typically does, achieve outsize profits relative to the other players in the marketplace. The most recent example is Apple and Samsung in the wireless device market. This phenomenon was behind the strategy of successful former CEO Jack Welch that General Electric should be #1 or #2 in every market in which it competed (he divested the businesses that were not).

Major market share usually allows the company some pricing power and some cost savings (economies of scale -- a lower variable cost of components (or services like programming) -- and scope -- a larger base over which to amortize a fixed cost).

Verizon passing 50% penetration in Dallas means that there is no way that the cable incumbents in the areas of Dallas where Verizon offers service have a greater market share than it does. It is also proof that the advantage held by cable incumbents in other markets may not be safe. None of this is good news for growth in cable incumbents' profits -- a fact unlikely to pass unnoticed on Wall Street.

It is less-than-clear that FiOS has been a profitable investment for Verizon, but it is hard to see that it would have been better off harvesting its wireline phone business or deploying a cheaper solution like AT&T did with U-Verse. For better or worse, Verizon is still here and its fiber-to-the-home network may be a competitive advantage going forward.
Posted by Peter Litman at 4:51 PM 0 comments

In his opening comments on the Comcast 1Q 2013 earnings call, CFO Michael Angelakis made some curious statements about counting subscribers in bulk-billed accounts:

In addition, we implemented equipment price increases for [D to As] and HD DVRs to this larger base, which in combination negatively impacted our customer base during the quarter. However, about half of our video subscriber losses were due to the methodology we use to count [MDU] subscribers under our bulk contracts and the other half were primarily video-only customers.

As you may know, we count video customers that are billed under bulk contracts on an FCC equivalent or [EBU] basis, which results in fewer customers as rates increase. In order to improve our transparency in how we report and manage these bulk contracts, we’ll be changing our external reporting to a billable units methodology at the end of the year. We believe this change will reinforce our operational focus in this customer segment, and align our video customer account methodology with the rest of the cable industry.

Let's parse these statements. Comcast is changing its methodology used to count MDU (multiple dwelling unit -- e.g., apartment buildings) subscribers. The industry-standard method for paying programmers is that MDUs are paid on an "EBU basis". EBU stands for equivalent billing unit (or equivalent basic unit). The concept is that if a building gets a package of service that costs $15,000 per month and a residential subscriber with the same package would pay $100 per month, then the building has the equivalent of 150 residential subscribers, irrespective of the number of actual units in the building who are receiving service. Typically bulk-billed accounts get a rate break, in exchange for providing service to every unit (where the cost is bundled into the building's maintenance fees to the tenants), the cable operator will charge the building something less than the full retail price (since it doesn't have to market the service to each apartment individually). Historically for cable operators, the bulk discount was 30% -- a building with 100 units would be charged at the equivalent of 70 residential subscribers.

One of the most competitive parts of the multichannel television business is providing service to MDUs. Individual apartments face a host of issues subscribing to DirecTV or Dish Network, notably the need a place to put a dish antenna that can see the provider's satellites -- a challenge if one does not have access to the roof. The building itself, however, does not have this problem -- it owns the roof. Dish and DirecTV aggressively discount their services for apartment buildings -- as DirecTV notes on its website to building owners: "you can offer your residents the amenity of reduced package prices." Needless the say, bulk discounting often exceeds the old 30% amount. As Michael Angelakis notes, as the residential price goes up faster than the bulk price (which may not be going up at all), the EBU number is declining -- even as the number of units receiving service in the building is unchanged.

So, that describes the "old" method of counting subscribers in bulk accounts. What is the new way? Angelakis said that "we'll be changing our external reporting to a billable units methodology". This sounds to me like the count of actual units in the building getting service, irrespective of the discounting. One thing it definitely will be is a bigger number -- a great way to obfuscate the declining value of the bulk accounts. Comcast does have a history of liking to report bigger numbers. For many years it reported digital boxes it had deployed, rather than digital subscribers the way every other cable operator did. (Typically digital boxes were 40% higher than digital subscribers -- since many digital subscribers had multiple digital boxes. Note the Comcast's definition of a "digital subscription" in its 2001 annual report, it's in notes 5 and 6 on page 6.)

It is contrary to my experience that Comcast's move on counting bulks is "aligned" with the rest of the cable industry, I would have assumed the opposite. Perhaps Comcast is announcing this change now, three quarters before it plans to implement it as a way of enticing others to follow suit.

So, what have we learned? Comcast lost 60,000 basic subscribers in 1Q13 and it is attributing half of that loss, 30,000 subscribers, to lowering the cost of the video service it provides to MDUs, rather than actually serving fewer subscribers. Since we don't know how many Comcast subscribers are in bulk-billed arrangements, we don't know if that number represents a small or dramatic decline in the pricing of service to MDUs.

Updated (7 May 2013): Charter released its 1Q 2013 earnings today which included a few notes about bulks as well. This is the complete text of footnote (o):


Included within commercial video customers are those in commercial structures, which are calculated on an equivalent bulk unit ("EBU") basis. We calculate EBUs by dividing the bulk price charged to accounts in an area by the published rate charged to non-bulk residential customers in that market for the comparable tier of service. This EBU method of estimating video customers is consistent with the methodology used in determining costs paid to programmers and is consistent with the methodology used by other multiple system operators. As we increase our published video rates to residential customers without a corresponding increase in the prices charged to commercial service customers, our EBU count will decline even if there is no real loss in commercial service customers. For example, commercial video customers decreased by 10,000 during the three months ended March 31, 2013 due to published video rate increases.

Apparently, Charter is seeing the same drop in bulks due to effectively lower pricing in the MDU market that Comcast is seeing. Additionally, unlike Comcast, Charter sees counting commercial subs on an EBU basis as "consistent with the methodology used by other multiple system operators".