The big recent development in the media and entertainment world was the December 3 announcement by Warner Media that the Warner Brothers Studios' entire 2021 theatrical slate, 17 movies, would be released simultaneously on HBO Max and in movie theaters. Typically theatrical movies play in cinemas on an exclusive basis for a period of thirty to ninety days, then enter other "windows" of exhibition -- pay-per-view, premium television (e.g., HBO, Showtime, Starz), broadcast television, basic cable, etc. The metaphor used to describe this financial system is a "waterfall" -- from the highest price/best viewer experience ($12+ ticket, uncut, no commercials, giant screen and multi-speaker audio) down to "free" media with smaller screens, edited to be advertiser friendly, and interrupted by commercials.

To my eye, there are six issues that have been raised:

The first concern is the easiest one to dismiss. All of these movies are being released to theaters, so those who want the full cinematic experience can get it. A movie doesn't play any differently to a moviegoer in the theater because it is on a streaming service on the same day.

Whether the second concern is true seems to depend on how things actually play out. One thing is certain, if these movies were released with exclusive theatrical exhibition windows, there is little chance that they would attract cinema audiences the same size as they might have absent the pandemic. A movie available on HBO Max at the same time it is available in the cinema might be expected to be less of a draw at the box office, although one notes that's not true of professional sports -- TV exposure seems to promote the live event business. Depending on how and how much these movies are promoted in the media, they might do more or less business than they would as exclusives.

As to the third point and the subsequent points, the compensation of the participants is not a matter on which this writer can opine with public data available. If the participants will be getting less pie -- because the pie is smaller -- and the contracts they signed permit the studio to do this (which no one has contested yet), it seems like that's one of the issues talent face about having revenue or profit participation in the first place. If you don't want that kind of deal, negotiate for a flat fee.

I do understand that scoring things are more complicated without apples-to-apples theatrical grosses to look at. To that I can only say, welcome to the new digital world, movies -- Netflix shows don't get apples-to-apples Nielsen ratings with cable and cable Nielsen numbers aren't 100% comparable with broadcast numbers...and everyone in the ecosystem has figured out a way to work together without relying on the historical currency.

One participant beef that I am quite sympathetic to is that all of these arrangements contemplated a world where both sides had an incentive to maximize the theatrical window revenue. To the extent that Warners is now generating value for itself (via its ownership of the presumably more valuable HBO Max) and the talent don't get a piece of that, they have a fair concern, even if they may not have legal recourse via their contract (shame on their lawyers if the big fish didn't have it). The record labels shared the benefits they got in Spotify stock with their artists, whose work they licensed at lower prices than that work probably would have fetched without that "equity kicker".

That Neflix offered a big price for Dune, perhaps larger than what HBO Max will pay, is, to be charitable, not a good look for Warner Brothers living up to its fiduciary duty to its partners.

Regarding the lack of respect of unilaterally making such a change on their professional partners, I do understand it. Given that Warners probably knew this move would be controversial, they might have figured out that they had more chance to make such a bold move work this way than by having a lot of private conversations that would leak out. This follows the strategy of "better to ask forgiveness than permission", especially if you aren't going to be given permission. That said, I have little faith that AT&T is a particularly savvy understanding of Hollywood relationships or the value of distribution, given their substantial overpay for DirecTV.

The reaction to this news on the tech side was a lot more favorable. In its usual fashion, anything "disruptive" to "the old way of doing business" is good. I find that simplistic. Certainly, the movie studios didn't fully see Netflix streaming business model coming on as fast as it did. However, these studios aren't run by dopes. The system of windows that they have constructed may be frustrating to a viewer (where is that movie playing?), but it probably does a good job of maximizing revenue from the available buyers in the world of yesterday. If it didn't, it would have been jettisoned long ago as too complicated. That said, I'm less certain that's true for the world of tomorrow.

There are not a lot of other media products like big Hollywood movies. TV shows are windowed -- fetching one price for their initial network runs, then fetching another price in syndication. Most high profile books are windowed, released first in hardcover and later in less expensive paperbacks, but that's about it. Amazon doesn't complain that books are available free in public libraries. There have been a few examples of music that was released exclusively to one platform for a short amount of time, but generally that doesn't work well -- the industry is built around non-exclusive listening as a shared experience.

The film business has mistaken the future engine of growth for an existential threat before.

"'I say to you that the VCR is to the American film producer and the American public as the Boston strangler is to the woman home alone.' Jack Valenti [then head of the Motion Picture Association of America] said this in 1982 in testimony to the House of Representatives on why the VCR should be illegal. He also called the VCR an "avalanche" and a "tidal wave", and said it would make the film industry "bleed and bleed and hemorrhage". 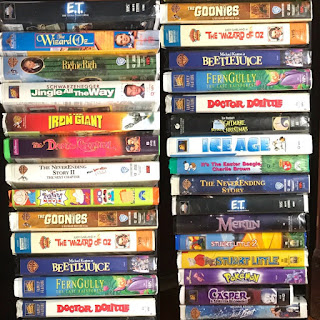 The winner in this is HBO Max. It has a lot of high profile content to attract viewers that it wouldn't otherwise have (or even be able to make given the way the pandemic shut down movie and TV production). Even if this year's slate is not very strong, it probably has some significant hits. If this moves HBO Max closer to being Netflix, that's a pretty important strategic step for the company to take.

It's not clear to me that the participants are going to be losers in this ultimately. First, it looks like the discussion about money hasn't happened yet and the participants have some cards to play in that negotiation. Second, it is unclear if the exposure the work will get via this release pattern will be better or worse than what would have happened otherwise. Some film franchises started on TV -- like Star Trek. If the participants in the theatrical revenue have the basis to make a legal claim (or lean on the relationship), they might get a bit more consideration than the minimum Warners might be able to get away with paying. It is often said that Hollywood is a relationship business. If that's still true, Warners will have to pay something more to fix/maintain/replace the talent relationships they have clearly injured.

Similarly, I'm not sure it is clear that the movie theaters are the losers with this change even though they think that they are and so does Wall Street. I'm not sure there were going to be any big movies for these theaters to show anytime soon, so they now have "access to product" and that's a plus at getting someone to come out of the house. And the cinemas are likely to get much more favorable splits of the COVID-diminished box office receipts because they don't have an exclusive window on these movies. With the growing competition from in-home entertainment options in general, the movie theater business looked challenging before "losing" its exclusive window...which is another way of saying that it was probably going to lose its exclusive window anyway. And, if theatrical exhibition exclusivity clearly makes the studios more money -- for example, if the vaccines are a success and everyone celebrates by going to the movies -- well, the empire can strike back as quickly as AT&T can fire its Warner Media executives (which it has already done a few times).

The big loser in this are the ones not being written about in the press coverage. The more attractive streaming services like HBO Max become, the worse basic cable TV packages look. Basic cable used to be a great consumer value for in-home entertainment -- it offered more choices and quality content that broadcasters didn't provide at a reasonable price. But has cable prices have risen over the last four decades, now the value isn't so great. The significant innovations of the DVR and HD are effectively replicated by streaming platforms at a far lower starting ticket price. The cable resisters of the 1990s were older people; the non-cabled households of today are young people.

Even before Warner Brothers' move, programming investment has been leaving the cable ecosystem for the streaming video ecosystem -- Disney has shifted programming investment from Disney Channel, ABC, and Freeform to Disney+ and so have all of the other big players in cable programming (NBC Universal to Peacock, Discovery to discovery+). If basic cable TV subscriptions are a declining business -- which they are, and have been for several years -- the basic cable TV channels could, probably will, become hollowed out services with less and less marquee original programming and more and more reruns (because they still have 168 hours to fill every week). Higher prices and less value could spell a death spiral.