Disney has chosen to sell its movies for the pay TV window to Netflix. Netflix, in effect, replaces Starz, Disney's output home since 1994. While some have described this as a watershed moment for over-the-top or a "game changer", it seems far simpler -- a seller of a product, unhappy with the prices offered by its current buyer, seeks a new buyer. 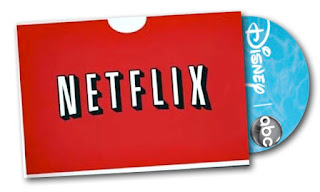 In 2008, instead of accepting the output terms offered by Showtime, Lion's Gate, Paramount and MGM formed Epix. Epix hasn't been a huge hit with traditional pay TV operators, but had turned a profit on the basis of deals with Netflix and Amazon.

Looking at the dynamic from the other side, why didn't Starz and Showtime pay up to renew these pay TV window theatrical output deals? The short answer is that they see a better return on investments in original programming. Showtime gets a lot more bang from creating a series like Homeland or Dexter or Californication than it gets from airing The Dictator after it is available in theatres, airlines, Blu-Rays, DVDs, iTunes and pay-per-view/on demand. Theatrical movies have value -- subscribers to premium networks watch them and like them -- but theatricals don't build a premium network's brand.

The Disney studio really couldn't care less about Starz except as a source of revenue. After all, in 1994 Disney rejected the more established premium service Showtime to go with Starz, which was the upstart premium service from the company then known as Encore, after its second-run movie service.

It appears that Disney takes little risk in leaving the traditional premium TV buyers. If Disney's movies on Netflix are thinly viewed, that information won't be public and to the extent the movies are not watched that much, presumably they would have more value for Disney's other buyers. If a content provider like the NFL took a package of games to Netflix, if the games were unsuccessful and thinly viewed on the new platform, it could damage the value of the NFL brand when the league returned to its traditional buyers (the networks and the advertisers); at a minimum, it would be in a poorer bargaining position. Major League Baseball experienced this with the ill-fated The Baseball Network.

Disney has some special value to Netflix versus its value to Starz. Netflix gets more value out of children's library programming than a cable premium service does (in fact, Starz might not have had such rights from Disney and Starz faces an increasingly crowded cable TV shelf which often also offers the subscription video on demand service Disney Family Movies). For Netflix the deal has obvious benefits. This Disney deal replaces much of the high value content that Netflix was getting from Disney via Netflix's since expired Starz deal. Losing the Starz brand means little in Netflix's environment -- where the title of the movie is the brand in the mind of the consumer and the only prominent exception to that is when Disney or Disney-owned Pixar's name is attached to a movie for children. If this deal is a game changer, it is hard to see what has materially changed from the perspective of Netflix subscribers.

The change, if anything, is to the mindset of the movie studios -- there's another way to play the pay TV window. Going direct to a distributor to end-users like Netflix also allows Disney a more direct path to negotiate how its content is displayed to end users. Disney was not happy when Starz did a year-long "free preview" with Dish Network.

Netflix is the 800-pound gorilla of over-the-top services, right now, and getting high profile content on an exclusive basis creates less short-term opportunity for its competitors, be they Amazon Instant Video/Prime or the launching-in-2013, clumsily named Redbox Instant by Verizon. From a business strategy standpoint, Netflix's primary advantage is that it is the first-mover in OTT. Making entry into the market much more expensive for a joint venture like Redbox-Verizon's is a great business strategy -- 50/50 partners are never as committed to a new venture. (Ted Turner pulled this trick on the ABC-Westinghouse Broadcasting joint venture Satellite News Channel in the earliest days of CNN by creating Headline News and giving it to operators for free with CNN.)

So, what's not to like if you are Netflix? Potentially, the price. More than one analyst has looked at Netflix's content payment obligations and not liked what he has seen. Netflix may need to continue very strong subscriber growth to makes this and its other expensive content deals pay off for its investors.

Updated (6 December 2012): Ted Sarandos, Netflix's Chief Content Officer said yesterday that he has no intention of releasing any numbers for the viewing of Netflix's original shows. "It's really an irrelevant number" for a subscription service. It's a slightly different context, but it is consistent with the "no publicity" benefit of the deal to Disney. Note the argument that subscription services don't care about ratings, they care about satisfaction, is an old one -- originally cable TV operators and programmers identified it as a reason that they would triumph over broadcasters.