Netflix announced today on its blog that it will begin monthly rankings of the ISPs who deliver its content to end users. In its first report, new provider Google Fiber, available only in parts of Kansas City right now, topped the charts with a less-than-blistering 2.55 Mbps average speed.

The interesting points to me:

All the cable and telco MSOs Netflix-reported speeds are way below the typically quoted speeds they offer. This is likely a result several factors all related to the fact that it the speed at which content makes it from a server to an end-user is a lot different from the speed at which data travels from the ISP to the end-user's modem. Content can be bogged-down by connections from Netflix to the ISP itself, competition from other content sharing the ISPs connection to your neighborhood, competition from other other content coming down the user's own connection at the same time and on the wifi link within the consumer's home. Also, most ISPs offer multiple tiers of service (my ISP, Time Warner Cable, offers five different tiers of service $85/month for 50 Mbps Ultimate to $20 for 3 Mbps Basic); Verizon wireless offers 4G LTE in some areas, only 3G in others), but Netflix has averaged them all together here. 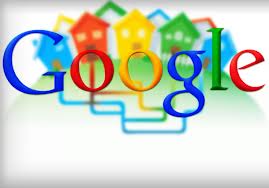 Google Fiber is the fastest provider, but per Netflix it isn't that much faster than the top performing cable and telco competitors. Google Fiber scores 16% better than Verizon's FiOS (2.19) and 24% better than Suddenlink (2.06), the laggard of that group; 20% or so is a significant difference, but not nearly 100 times faster that Google Fiber was supposed to represent. Perhaps a lot of the early customers for Google Fiber are selecting the "free" 5 Mbps service instead of the $70/month gigabit (1000Mbps) service. Alternately, if the difference between today's Google Fiber and today's cable is only 20%, that's probably a gap the cable guys can meet by methods other than running fiber to the home.

DSL is significantly slower than cable and, on average, traditional mobile is slower still. Clearwire looks like the equivalent of poor DSL by this measure.

I look forward to an interesting report card on ISPs every month. Information is power and facts futher the discussion. Kudos to Netflix in putting this out.

An earlier post on earlier Neflix ISP ratings (from October 2011)
Posted by Peter Litman at 6:34 PM