Dish Network - Shame on You for Astroturfing

I allow comments to my blog. Over the last few months I had noticed a bunch of odd comments from people who identified themselves as Dish Network employees. What made the comments odd was that they were sort-of on-topic, but mostly came off as shilling.  I think there is nothing wrong with company employees posting legitimate comments on blogs, if they identify themselves as employees. However, the comments that I noticed just didn't ring true. 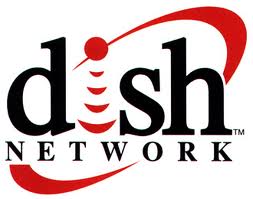 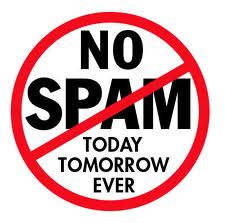 It is my assumption, and that of others, that Dish is encouraging comment spam, if not actually outsourcing it to India. There is a clever coinage for this sort of fake grassroots enthusiasm: astroturfing. Companies that behave in this way should be embarrassed. I will no longer accept such comments on my blog.
Posted by Peter Litman at 2:32 PM 0 comments

Email ThisBlogThis!Share to TwitterShare to FacebookShare to Pinterest
Labels: Dish

Dish Network announced a new DVR device and service that is is calling the "Hopper". 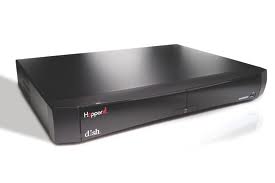 The story is in the Hopper's functionality. In addition to the usual DVR features, the Hopper provides a whole-home DVR service (how implemented?) and 3 tuners instead of the usual 2. It has a roomy 2TB hard drive, which it claims will hold up to 250 hours of HD programming. In contrast, my Time Warner Scientific Atlanta 8300HD has a 160GB hard drive, which is typically of an average cable HD DVR box in the field.


The truly innovative feature of the Hopper it is a hybrid of the home-based and network-based DVR. The network based DVR will automatically (or with a single election by the user?) record all of the prime time programs on the Big 4 networks and keep them available for a period of 8 days. Smartly, since the network viewing within 7 days has value to advertisers, after that point it still has value, but the networks do not get paid for it ("Live+7" is the metric).

Effectively this means that a user does not have to use any of his or her tuners to record network prime time shows, but can use all three to record basic and premium cable. How much of DVR recording is Big 4 prime time? In short, most of it. A Cabletelevision Advertising Board presentation, citing Nielsen, found that broadcast programs accounted for 66% of prime time playback of recorded programs).

In other ways, this is less convenient. No longer is your list of recorded shows "all wheat, no chaff", now your DVR will be filled with a bunch of things that you really don't want to see. Unless there are two lists, one of your recordings and one of the broadcast prime time recordings. That's no one's idea of user friendly. Additionally, the large size of the hard drive means that there are more things to wade through, even if they are of your own choosing. (It is unclear if there is any better search or filing system on this DVR. There is a "state of the art user interface, according to the somewhat-breathless Dish marketing materials.) It is difficult to navigate more choices without a keyboard (an anathema in the living room) or something truly creative like Apple's original iPod click wheel.

In some ways the Hopper might be developing the navigation problem of cable VOD compared to the DVR. Wading through a lot of stuff, most of which I DON'T want to see, is one of the two big VOD problems and generally not a DVR problem. (The other big VOD problem is not know whether the program you want is even available on VOD; the Hopper's simple recording rule does put a dent in that problem).

Dish also announced the companion to the Hopper box itself, oddly called the "Joey" which it bills as the smallest set-top box in the world offering full HD DVR functionality. (Translation: the Joey doesn't have a hard drive, but can access the hard drive on the main Hopper box). It, too, is not much of a looker. 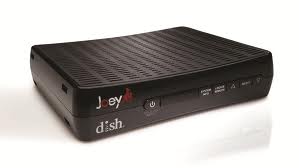 The bottom line is that innovation in the DVR space is good for consumers and for that Dish Network deserves praise.
Posted by Peter Litman at 2:04 PM 3 comments

TV Everywhere is the New Normal - The Comcast-Disney Deal

The second trend is that TV Everywhere is the new normal.

The last time the distributors attempted to rewrite the basic terms of distribution was nearly a decade ago when Comcast started taking the postion that they wanted VOD rights to all of a channel's top programs and that they didn't want to pay anything extra for it. Generally speaking, that didn't work out. The programmers had a number of problems with that approach: they didn't have VOD rights from their suppliers, providing VOD effectively favored cable distributors over DBS and programmers did not want to do that, Nielsen was ill-equipped to measure VOD viewing, so the risk of VOD diluting the programmers' advertising stream was potentially very significant and finally, Comcast wasn't offering anything more that business-as-usual rate increases on the core channel. The predictable result was that biggest basic cable programmers dragged their feet on VOD and looked for ways to make it work for them (e.g., sampling for new shows).

VOD also required separate delivery and preparation of the content that was available (another cost for the programmer) and VOD delivery was either very expensive or pointless for content that has a short "shelf life" (e.g., live sports, news, American Idol, weather forecasts).

What has changed since then is...nearly everything.

TV Everywhere is a way to benefit the existing system, which is in both of their interests, at least for now.

TV Everywhere won't be the future forever --
-- but it should be the dominant multichannel trend of at least the next five years.

Deal Provides Xfinity TV Customers Broad Access to Top Sports, News and Entertainment Content Across Multiple Screens in and Out of the Home
PHILADELPHIA, PA and BURBANK, CA  -  January 4, 2012

Comcast Corporation (Nasdaq: CMCSA, CMCSK) and The Walt Disney Company (NYSE: DIS) today announced a long-term, comprehensive distribution agreement that will deliver Disney’s top quality sports, news and entertainment content to Comcast’s Xfinity TV customers into the next decade on television, online, on tablets and handheld devices. The new agreement enhances the multichannel business model and supports the companies’ mutual goal to deliver the best video content to customers across multiple platforms using the latest technology and cloud innovation.  For the first time ever, Comcast’s Xfinity TV customers will be able to watch ESPN, ABC or Disney shows live or on demand and across multiple screens.  The companies also agreed to collaborate over the term of the deal to create new, innovative viewing experiences for Xfinity TV customers.
The networks and services covered by the agreement include: ABC, ABC Family, Disney Channel, Disney XD, ESPN, ESPN2, ESPNU, ESPN Deportes, ESPNEWS, ESPN Classic, ESPN Goal Line, ESPN Buzzer Beater, ESPN 3D, ESPN GamePlan, ESPN FullCourt and ESPN3; retransmission consent for seven ABC-owned broadcast television stations (WABC-TV New York, WLS-TV Chicago, WPVI-TV Philadelphia, KGO-TV San Francisco, KTRK-TV Houston, KTVD-TV Raleigh-Durham, and KFSN-TV Fresno) as well as more than 10 high-definition networks.  Additionally, Comcast will launch Disney Junior, a new 24-hour basic channel for preschool-age children, parents and caregivers.  Comcast will also provide its Xfinity TV customers with broad access to a suite of live Disney networks on an authenticated basis and expanded Xfinity On Demand content through Disney’s comprehensive TV+ initiative.  In total, 70 services are covered by the broad scope of this new agreement.  License fee schedules for different services under the deal will be phased in over time.
“Comcast was the first video provider to create technology that enabled us to deliver content to customers where and when they want it across any viewing experience,” said Neil Smit, President and Chief Executive Officer, Comcast Cable. “We are very pleased to have reached this unprecedented and innovative, long-term agreement with Disney which embraces the future of entertainment and allows Comcast to continue to bring our vision of TV Everywhere to Xfinity customers whether at home or on the go.”

Anne Sweeney, Co-Chairman, Disney Media Networks and President, Disney/ABC Television Group, added, “This landmark deal is a great example of what can be achieved when programmers and distributors collaborate and innovate together to meet the ever-evolving needs of consumers and enhance the viewing experience. By combining the best news, sports and entertainment content available today with cutting-edge technologies, we’re able to fully realize our comprehensive TV+ initiative, and introduce a brand new suite of authenticated services to Comcast subscribers.”
Added George Bodenheimer, Executive Chairman, ESPN, Inc., “Given the scope of assets Comcast and Disney/ABC/ESPN are making available to consumers, this agreement is unprecedented in our industry. It reinforces the value of the multichannel subscription and takes full advantage of new technologies, which serve all of our viewers.”
The extensive and expanded rights package for Comcast’s Xfinity TV customers includes rights across multiple platforms for:
About Comcast Corporation:Comcast Corporation (Nasdaq:CMCSA, CMCSK) (www.comcast.com) is one of the world's leading media, entertainment and communications companies. Comcast is principally involved in the operation of cable systems through Comcast Cable Communications and in the development, production and distribution of entertainment, news, sports and other content for global audiences through NBCUniversal. Comcast Cable Communications is one of the nation's largest video, high-speed Internet and phone providers to residential and business customers. Comcast is the majority owner and manager of NBCUniversal, which owns and operates entertainment and news cable networks, the NBC and Telemundo broadcast networks, local television station groups, television production operations, a major motion picture company and theme parks.
About The Walt Disney Company:The Walt Disney Company (NYSE: DIS), together with its subsidiaries and affiliates, is the world’s largest diversified international family entertainment and media enterprise with five business segments: media networks, parks and resorts, studio entertainment, consumer products and interactive media. Disney Media Networks comprise a vast array of The Walt Disney Company’s broadcast, cable, radio and publishing businesses, including Disney/ABC Television Group and ESPN, Inc.  Disney is a Dow 30 company and had annual revenues of $40.9 billion in its most recent fiscal year.
Posted by Peter Litman at 12:01 PM 0 comments

One of the practical issues of wider OTT acceptance -- set-top box and cord clutter -- is addressed in a forthcoming Roku product, the Streaming Stick that was announced today.
Here are the key facts in the announcement:
For anyone with interest in minimalism, or simple order, this is a big step towards curbing the rat's nest of wires around most HDTVs.
Posted by Peter Litman at 10:48 AM 0 comments