Charter Switches from EBUs to Billables for Subscriber Reporting

(e) Charter revised its methodology for counting customers who reside in residential multiple dwelling units ("MDUs") that are billed under bulk contracts.  Beginning in the fourth quarter of 2015, we count and report customers based on the number of billed units within each bulk MDU, similar to recent reporting changes at our peers and reflecting the completion of all-digital which requires a direct billing relationship for all units which receive a set-top box.  Previously, our methodology for reporting residential customers generally excluded units under bulk arrangements, unless those units had a direct billing relationship.  Prior year information has been revised to reflect our revised methodology.

emphasis added to highlight the following: The use of billable subscriber counts -- pioneered by Comcast in 1Q2013 -- leads to generally higher numbers than EBU counts. It is a rosier picture to investors.

The corresponding footnote in 3Q15 read as follows:
(h) Included within commercial video customers are those in commercial structures, which are calculated on an equivalent bulk unit ("EBU") basis.  We calculate EBUs by dividing the bulk price charged to accounts in an area by the published rate charged to non-bulk residential customers in that market for the comparable tier of service. This EBU method of estimating video customers is consistent with the methodology used in determining costs paid to programmers and is consistent with the methodology used by other multiple system operators.  As we increase our published video rates to residential customers without a corresponding increase in the prices charged to commercial service customers, our EBU count will decline even if there is no real loss in commercial service customers.

Charter reported residential basics 4,322,000 up from 4,293,000 at year end 2014 under the billable methodology. However, at year end 2014, Charter reported only 4,160,000 EBUs, so the Residential Basic subscriber count for billable subs was 3.2% higher than for EBUs. That seems a bit odd. Residential subscribers shouldn't vary much from EBUs. The reason that comes to mind of why residential billables would be higher than residential EBUs is if a material portion of the residential subscribers are seasonal accounts who pay a much lower rate in the off-season. However, Charter isn't in most of the big seasonal markets (e.g., Florida with its snowbirds). 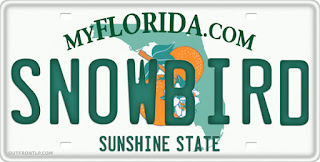 Commercial basics were 108,000 up from 104,000 at year end 2014 under the billable methodology. At year end 2014, Charter reported 133,000 commercial video EBUs, so the billable subscriber count was 21.8% lower than the EBU count, which makes sense, since commercial accounts include multiple dwelling units and those typically get a "bulk discount". [In a bulk arrangement, 100% of a building's units get the service -- usually billed through their maintenance -- so that there is no reason for a unit to turn down the service and little churn for the cable company. For that benefit, the cable company provides a price break over the cost of all of those units subscribing independently, and potentially disconnecting.]

As Charter pointed out in 3Q15 "As we increase our published video rates to residential customers without a corresponding increase in the prices charged to commercial service customers, our EBU count will decline even if there is no real loss in commercial service customers." Looking at it from the other side, when bulk rates decline (due to furious price competition from DBS and telcos for these MDU accounts) EBU counts go down even if the MSO holds onto the business.

There is no misleading going on here. The revenues of the companies are not affected by this subscriber-counting change. This is investor spin. As there has historically been so much focus on subscriber growth, it isn't entirely surprising that the biggest MSOs have decided to deploy a measurement system that paints their results in a better light than the one that they used historically (and is still the one that they prefer to use when paying programmers like ESPN and was part of a joint industry consensus in 2002 -- clearly another time).