DirecTV Is to AT&T as HITS Was to TCI?

AT&T's U-Verse versus Verizon's FiOS is an interesting study in contrasts and those differences might be behind AT&T's recent offer to purchase DirecTV.

Both U-Verse and FiOS run fiber down the middle of your street. Fiber is the highest capacity wires for communications of any sort and, if new wires need to be run, they are always fiber. Cable operators also run fiber down the middle of the street for the same reason. The cost of running wires into each individual home is an incredibly costly endeavor and that cost is the labor to install it -- the wire itself, even fiber, is cheap.

Verizon's FiOS built a state-of-the-art fiber-to-the-home (FTTH, also known as FTTP for "premises") network, using the latest technology available and at a princely price. Specifically, this means that Verizon ran fiber from the middle of the street into the house of each FiOS subscriber. The alternative would have been to use its existing wiring into the home, the thin, low-capacity copper wires known as "twisted pair". (Cable operators, in contrast, run coaxial cable into the home, which has less capacity than fiber, but far, far more than twisted pair).

Historically (and culturally) Verizon is used to competing on the quality of its network. This is the positioning that has made it a leader in the cellphone market. Verizon's wireless business represents a far greater portion of its value than its wireline business (comprised of the not-profitable FiOS and the declining twisted-pair business). It is perhaps not a coincidence that Verizon operates in the densely populated East Coast. The economics of building these networks are far less attractive when the population density is low. 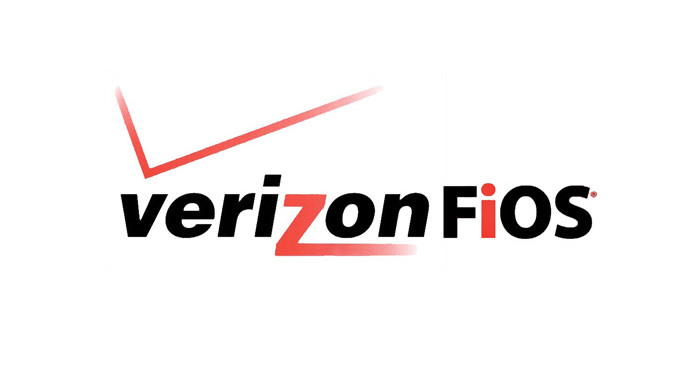 Verizon deployed FiOS before AT&T launched U-Verse and, by going early, chose to deploy its video service using QAM, the same technology as cable uses, rather than the still-developing video-over-IP, the way that Internet video is delivered. I don't think this is a matter of vision, everyone probably saw that IP video was coming, but, again, an issue of quality. Everyone knew that QAM worked; Verizon didn't want to take the risk that it would build this state-of-the-art network and not be able to deliver top-notch service.

AT&T took a different approach and used its twisted pair wires into the home. The advantages of this approach is a much lower cost of deployment and a quicker deployment, since new wires do not need to be run.

At the time of its launch, there were skeptics that AT&T's approach would work -- that is, provide service of an acceptable quality. One of the limitations of U-Verse via twisted pair was that it could only deliver 3 HD signals into a house simultaneously. Another is that Internet speeds for its fastest level of service are 24 Mbits/sec, modest compared to the gigabit speeds that cable can deliver and Google Fiber is delivering but perfectly competitive versus today's average cable modem offerings.

AT&T didn't build U-Verse for the future, they built it for the present. If demand for faster Internet speeds (or more HD) didn't materialize, they were fine. When demand did materialize perhaps they would be saved by some superior compression technology (that could squeeze more bits through the twisted pair) or they would actually run fiber-to-the-home then or some hybrid system using wireless spectrum or...something else.

Perhaps DirecTV is the something else.

So here's the potential magic of AT&T's DirecTV purchase. If AT&T can take video off of U-Verse, then there is more capacity for broadband Internet traffic on that plant. Because U-Verse is IPTV, it is not a simple as saying that the capacity devoted to video could be redeployed to provide faster Internet service. To the extent that U-Verse is not providing video service, presumably all the bandwidth would be available for Internet access 24/7. Currently, even if the bandwidth is dynamically allocated between TV and Internet access, since the TV is on so many hours of the day, presumably the bandwidth being used to deliver ESPN HD live while recording AMC HD and HBO HD is coming at the cost of less-than-screaming Internet service. Of course, this is the exact opposite of what AT&T needs to say (and is saying) to get regulatory approval for the deal. Regulators do not look favorably upon removing a choice from the marketplace (see AT&T's failed acquisition of T-Mobile which, given T-Mobile's revival regulators must see as a success). Bear in mind, migrating U-Verse video subs to DirecTV would be a 5-years-out strategic move, not a near-term strategic move. (AT&T CFO John Stephens "This transaction is not based on freeing up any of the wired capacity.")

This is why buying DirecTV is may be a good strategy for AT&T, but buying Dish may not be necessary or desirable for Verizon.

This break seems analogous to one-time cable giant Tele-Communications, Inc., better known as TCI, and its decision two decades ago to start the Headend in the Sky (HITS, now part of the Comcast Media Center) to be able to provide hundreds of digital channels cheaply on its scores of small rural cable systems where there would be no positive returns on the capital required to rebuild them to the standards used in more densely populated urban and suburban areas (known as HFC for "hybrid fiber coax"). HITS was a cheaper alternative to a rebuild.