Aereo Get Its Betamax Moment

If word of this has not found you already, the United States Supreme Court has agreed to hear the major broadcasters' case versus Aereo, the streaming video provider. Perhaps the most surprising thing about the Aereo case is how quickly it has made it to the Supremes.
Less than two months ago, at a dinner filled with media folk, I had shared that I thought Aereo was the most interesting media business development to expect in the next 12 months. Later that evening, an experienced FCC lawyer told me that the Aereo case would never be resolved in the next year. I figured he knew better than I and filed the thought away. 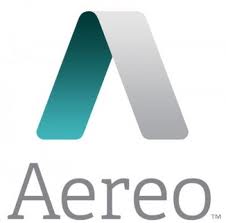 I wish that I could claim that I had great insight into Aereo's legal battles, but it appears that the reason my lucky pronouncement proved accurate was an unusual decision made by Aereo.

Typically in such cases with new technologies winding their ways through the court system, the defendant, provided is allowed to offer the service, wants the case to make it to the Supreme Court as late as possible. The theory is that once there are lots of users of the product, shutting down the new service becomes a political issue. (Do you want to take away someone's Betamax?)
Since Aereo is launching in many new markets, it would certainly have more customers a year or two from now. However, the wild card in the Aereo case is that there is another company offering what appears to be a similar service, FilmOnX, which has faced similar legal actions by the major broadcasters. FilmOnX has been much less successful making its cases than Aereo has. FilmOnX has lost in court in California (when it operated under the name "Aereokiller" - clever) and lost in court in Washington, DC.
It is not clear to me if FilmOnX uses the same technology as Aereo. Film On X is run by erratic billionaire Alki David. The background of the Aereo CEO, Chet Kanojia, is straight up tech startup guy (link is to a .pdf). The idea that an erratic billionaire built an equivalent system seems dubious to me, but maybe it is less complicated than I imagine (although that would be consistent with Aereo's claim that it can breakeven in a market with only about 6,000 subscribers).

It appears that Aereo faced the following choice:


Allow time to pass. Sign up more subscribers. Possibly win at lower courts. Certainly take the risk that Film On X will be involved in other cases that may hurt Aereo's ultimate position, an argument well articulated by my former colleague Howard Homonoff.

Save the time and legal fees and try the case now.

One business factor that may have led Aereo to make the choice to get to the Supreme Court as soon as possible is the fact that it very well may not have that many customers. Whether Aereo has 1,000 or 10,000 or 100,000 customers may not matter in terms of the political dimension of a court decision. It seems pretty clear that whatever the size of Aereo's customer base, it isn't in the millions. Meanwhile, as a cash-burning tech startup -- it has spent at least $65 million -- the shorter the cash-burning portion, the better for the investors. If Aereo loses its case, the investors have found out a few years and many millions of dollars sooner -- perhaps the company can employ its technology in some other, legal way to find a business with returns to its investors. If Aereo wins its case, one risk in the business would be eliminated and it would likely be able to raise its additional funds on much more favorable terms than it has achieved to date.

Also:
Another take, which has a nice discussion of the cloud computing issues at stake in the case (The Vertere Group)