The big news in the new version of TWC TV, the iPad/iPhone/iPod touch app from Time Warner Cable is the addition of the broadcast stations to the channel lineup, at least for the New York DMA. The app is also available for Android phones and web browsers at www.twctv.com. This conquers one of the big remaining holes in the channel lineup of the app (the holes that continue are most of the top sports services -- ESPN's main channels are available to authenticated Time Warner Cable customers on their own WatchESPN app and website -- and the services owned by Viacom). You can follow the progress of the app via my earlier posts on it (first version, second version and third version).

The post about the app on TWC's corporate blog Untangled notes the channels being carried, but interestingly doesn't identify them by the station of origin, just by the name of the channel (e.g., Living Well HD is not identified as being a services broadcast over the airwaves of WABC-DT) and isn't entirely accurate (see below). Other notable things:
The broadcasters likely did not not enter into new agreements with Time Warner Cable; TWC likely put them on and is seeing what happens. TWC probably has no retransmission consent agreement with some of these stations; they are likely carried under the "must carry" rules, which do not address the in-home Wi-Fi carriage that the app utilizes, but do address channel placement. WMBC, which primarily carries ethnic programming likely elected must carry. It would be surprising that CBS would agree that WCBS could be carried, but that the app would not also carry its thinly-distributed CBS Sports Network, which would certainly benefit from additional exposure. 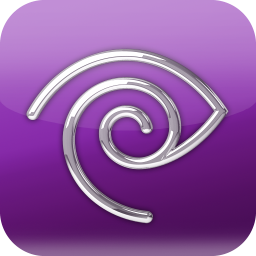 TWC's blog post 26 broadcast channels as part of this addition, but one of them, ABC News Now, is not a broadcast service (it is not carried over the air on WABC)  and I can't find it in the app. Create (on the 21.2 digital channel of WLIW/PBS Long Island) and WNJN HD (50.1 PBS/Montclair NJ) are supposedly available, but, I have not found them on the app or web browser version of the service.
The list below is channels in the order they appear on the app (sprinkled in more-or-less-alphabetical-order among the channels that were already carried, of course) along with their over-the-air channel numbers.

The branding of these services is seems kind of mixed up and inconsistent. That suggests that it wasn't entirely in the control of TWC or that TWC is not completely on top of it or both. "PBS" takes you to WLIW's SD feed, not the flagship WNET HD feed (which is under "Thirteen"). I don't think either TWC or WNET (which runs also WLIW would have chosen to do it that way). More confusingly, the graphic on the guide says WLIW, even though it is filed under PBS. Al Jazeera English does share a channel with a service called Rise, but Rise programs one hour per day, while AJE programs 23 hours. (AJE is likely leasing the space from WRNN the station that controls the frequency). TV 10/55 is WLNY, a Long Island-based TV station that is usually on Channel 55 on Time Warner Cable, but Channel 10 on Cablevision (where most of its distribution is); it an app without channel numbers, I would think WLNY would want to be listed as TV55 on the app (or better still, Channel 55, to be higher in the alphabetical order). Also, if the services are in alphabetical order, why is WMFE before WMBC?
Posted by Peter Litman at 8:37 PM