Apple Will Not Be Disrupting the Pay TV Market This Year

Yesterday, Bloomberg reported that Apple had planned to shelve their long-rumored service to compete with cable/DBS/telco video. It turns out that there isn't a lot of appetite among the top basic cable programming services to break the bundle that they have prospered in for decades.

Close observers of this scene are not surprised by this development. Competition to the pay TV programming continues, but except for PlayStation Vue and Sling TV it is not direct competition. It is indirect, disruptive competition from Netflix, YouTube, and Hulu. 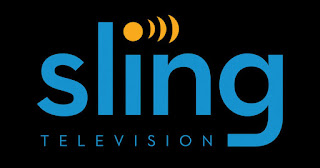 
What about HBO Now and CBS All Access? HBO, Showtime, and Starz are not in the basic bundle, they are available a la carte. CBS is already available for free to anyone with an antenna. They are never sold a la carte or for free and thus don't have the same place in the cable bundle as ESPN, CNN, or Lifetime.
Posted by Peter Litman at 12:26 PM