HBO has announced that it plans to offer a streaming service without a cable subscription sometime in 2015.

As way of background, to date, HBO's streaming platform, HBO GO, has only been available as "added value" to an HBO-on-cable-television subscription. (Cable, for these purposes, includes DirecTV, Dish, Verizon FiOS and AT&T U-Verse -- anything the FCC would call an MVPD). 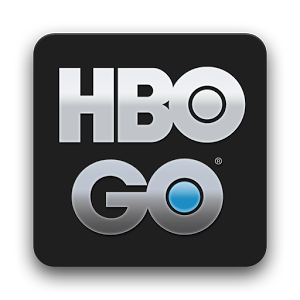 For those who doubted that such a move was inevitable, you were wrong. For those who think this changes everything, I suspect you are also wrong.

Here's why: I strongly suspect HBO will be marketing the streaming service, let's call it HBO GO for these purposes (although it may be a "new" service with a different name and content) in conjunction with its distribution partners -- in this case, the ISPs who provide the nation's high speed home Internet access. And those companies just happen to all be distributors of HBO, the cable channel, on their multichannel television platforms.

After all, many "cable" operators have more broadband customers than video customers.

From the named providers on Leichtman Research's 2Q14 list of top broadband ISPs, exactly two of them, Windstream and Fairpoint, do not offer (yet) their own facilities-based multichannel television service (and both of them do on a non-facilities-basis via partnerships with Dish and DirecTV. respectively).

Much like the HBO with a cheaper smaller cable TV service offered last year (see GigaOm's article from December 2013), the customer will still have a relationship with a distributor. For the distributor, HBO GO represents an "upsell opportunity", something they don't currently have with Netflix, which sells its service direct to consumers.

To actually go direct to consumers would risk HBO's relationship with the multichannel television providers, who, it has often pointed out to the financial community, allow it to be much, much more profitable than Netflix. No need to kill that egg-laying goose.

Perhaps HBO will offer HBO GO via ISPs that are not also multichannel television distributors, but, if HBO does not, they aren't giving up very much of the potential market. And HBO can always change its mind about that later.

The big losers in this are the multichannel video providers that are not ISPs: DirecTV and Dish Network.

Update (17 October 2014): More support for my view: It looks like the streaming-only HBO service may cost $15 per month, about the same as it costs as an add-on to basic cable.

Update (23 October 2014) via the Wall Street Journal: “Why is giving our distributors the opportunity to sell them an HBO subscription anything less than a win-win?” [HBO CEO] Mr. Plepler wrote in an email. “To us, that’s not cannibalization, that’s growth.” (full article --
subscription required)

Update (3 November 2014) via Multichannel News: About the new HBO streaming service, Richard Plepler said it "would at first be marketed to the 10 million broadband-only customers of its cable and telco-TV affiliates; operators would handle all billing, customer service and customer control; and the service would be sold in partnership with distributors." full article

Update (6 November 2014) via Deadline: Richard Plepler, HBO's CEO "aims first to go after 70M pay TV homes that do not get HBO. In broadband 'we think there’s 4 to 5 million that we can also get with our partners. I’ve talked to all of our distributors. We want to lean in with a new effort in the new year.… I see nothing but upside for us, for the consumer, and for the distributor.'” full post

Others on the news:
David Carr in the New York Times
Will Richmond on VideoNuze
Howard Homonoff on Forbes
Sahil Patel on VideoInk
Mike Farrell on Multichannel News
Peter Kafka on Re/code
Jon Russell on GigaOm
David Lieberman on Deadline
Joel Espelien for The Diffusion Group