According to an article in today's LA Times, Fox is considering rebranding its Fox Soccer Channel to be an entertainment service similar to its FX. In fact, it might be called FX2. 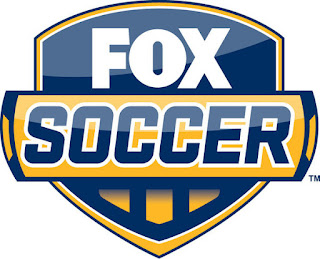 This change would be on the heels of the long-rumored conversion of Speed Channel to a more direct competitor to ESPN with the name Fox Sports 1.

I have not researched this issue that fully, but it seems that the conversion of the format of cable programming channels has accelerated in the last decade. (I've got a running list of significant name changes going here).

Channels changing formats is a symptom of the greater leverage programmers have vis a vis distributors. When cable was a monopoly business (which ended in part when DBS entered the market in the early nineties and accelerated when DBS got the right to provide local broadcast signals in 1999)  there were few in-genre competitors to the top cable services. Distributors (and subscribers) got services like BET, American Movie Classics, HGTV, Food and History instead of another sports or news or general entertainment network. The most important concept that distributors wanted in a new channel was to expand the variety of their offerings. Since basic cable prices were going up, saying that you were offering a channel providing something new and different was a good story and especially valued was a channel that could bring in new subscribers. That's why we got Speed and Golf and Outdoor Life and Tennis instead of another general multi-sports service just like ESPN.

It didn't have to be this way. ABC, CBS and NBC were (and still are) virtual clones of each other offering the same kind of programs (sports, news, kids, entertainment) at the same times (weekends, after dinner, Saturday mornings and prime time). Cable programming could have developed upon those lines -- with more USAs and TBSs, but the niche channel approach was much better for the system (meaning the multiple system operators, the distributors who called the shots).

Channels with original programming in their own niches could control their costs -- CNN created its own programs, ESPN wasn't bidding against anyone else for the rights to secondary sports events, Discovery wasn't bidding against a lot of others for documentaries, the off-network "movies of the week" ended up on Lifetime. Channels with their own niche also had an easy time promoting their programming -- each channel offered a dependable destination for a certain kind of programming -- the program guide was not as necessary for cable services as it was for broadcasters. For the distribution system as a whole, the worst thing would be to have lots of channels that were bidding against each other for the same kinds of programming with the winner presenting a bill to the distributor for the cost of the high bid. In other words, exactly the situation they face now with top sports rights.

Update (28 Jan 13): Per Deadline, the conversion of Fox Soccer will be part of a plan to split FX's programming across two channels with drama on the flagship FX network and comedies on the new channel to be dubbed FXX. This echoes the split of Turner's entertainment networks into comedies (TBS) and dramas (TNT).