OTT Growing or Not Growing? 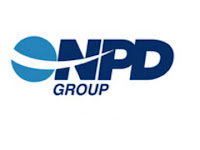 Far more intuivitively, a few days later the same group noted that TVs are becoming the primary screen for home viewing of online video. This would appear to be a strong sign for the growth of over-the-top video.

What could account for relative strength of cable movie rental VOD in the face of greater over-the-top presence on TV sets?

The first NPD study is movie rental only. It does not include movies watched as part of an SVOD service like Netflix or Amazon Prime. (It also does not include movies purchased, rather than rented, but cable operators rarely sell movies and iTunes et al do, so movie purchases can't be tipping the scale in cable's  favor). If the number of movies rented were going down, then Netflix streaming could have been a factor, but that was not the case -- both cable and Internet movie rental VOD showed double digit growth.

Interestingly, an earlier NPD study about VOD movie rental (the subject of my prior post here) found that pay-TV VOD declined by 12% from the prior year (August 2011 versus August 2010 to be precise) among users of Internet-delivered VOD.

While all of these studies are measured slightly different things, perhaps the pay-TV providers have improved their promotion of movie rental VOD or have improved the navigation of the choices or have streamlined the buying process. Whatever they have done, it seems to be working, and far more successfully than I would have imagined possible.

An addition: Perhaps cable has been a bigger beneficiary than Internet-delivery from the demise of bricks-and-mortar movie rental places.
Posted by Peter Litman at 8:42 PM