Comcast and DirecTV have decided not to authorize their HBO subscribers to use HBO Go on the Roku platform. They do have deals for HBO Go and they do authorize the app on other platforms (e.g., iPhone, iPad) and it would not cost the distributor or the customer any additional money. 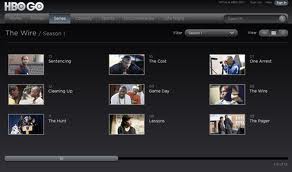 There are two good reasons for this choice: they don't want the competition and don't want the strong programmers to find their own way to the television set, as per my earlier post.
Below see Rich Greenfield's demo of HBO Go on the Roku box. It does an excellent job of highlighting the difference between HBO Go on the Roku and the lesser experience of HBO on Demand on Time Warner Cable, as seen in the second video.